10 Bargains to Pick Up in Morocco

From Marrakech city breaks to surfing road trips along the coast and trekking in the Atlas Mountains, here at dealchecker we’ve seen a lot of what this marvellous country has to offer – and we’ve picked up more than a few souvenirs on the way.

You might not think of Morocco as one of the world’s top shopping destinations – but there are plenty of bargains to be had in those bazaars! We’ve pooled our expertise to bring you the top of the shops: 10 Moroccan specialities not to miss, and we’ll tell you where to find them. 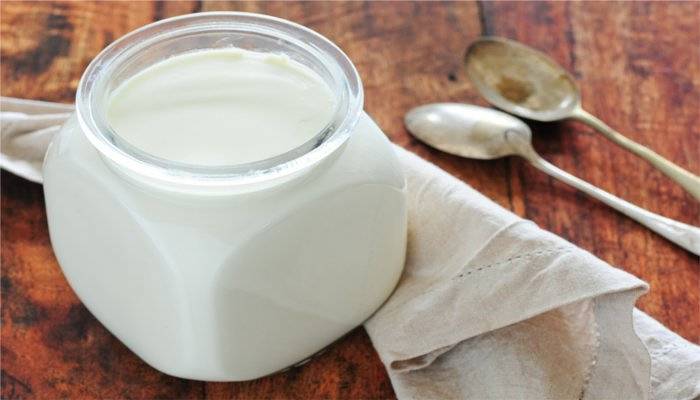 Perhaps the most bargainous bargain ever – in one of the little shops on the sea side of the square you’ll find a fridge containing unmarked yoghurt – which you should snap up on the double! This is yoghurt made fresh in the mountains and it’s a bargain as well as being incredibly delicious. We paid 2 Dirhams a pot – that’s about 15p! Look out for shops elsewhere too! 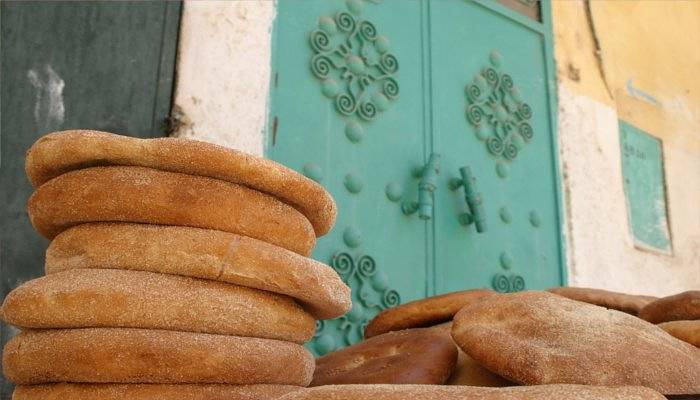 With prices usually at 1 Dirham (7.5p) for a traditional Moroccan loaf, you can certainly make your money go further here if you head into the markets and check out the freshly-made and home-grown produce. This bread is delicious with everything, so slap on jam for breakfast, some fish for lunch, and use it to soak up dinner too. 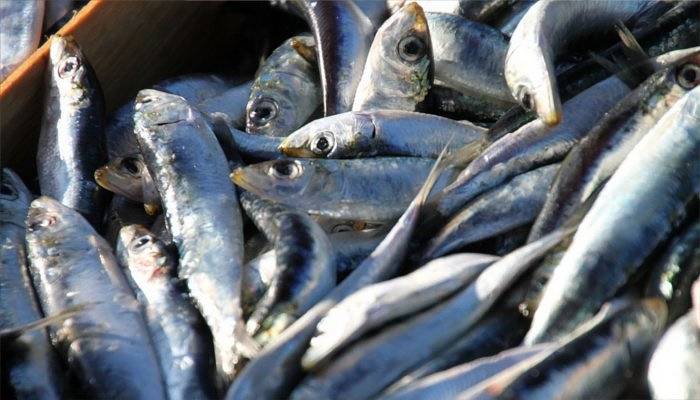 Safi is the home of the Moroccan sardine market. Most of them get canned and sent around the world, so head to one of the restaurants to tuck into these delicious fish. Dishes at evening meals start from around 40 Dirhams (about £3) and go on upwards from there, depending how fancy the restaurant is, but with prices like these, you can afford to splash out! 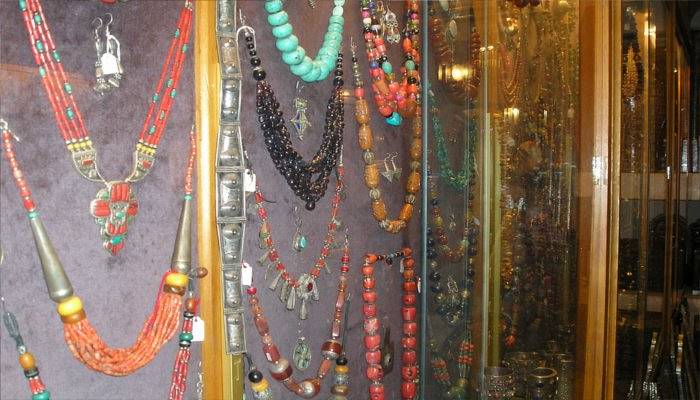 Formerly famous for its woodwork, it’s sadly an art that has almost died out thanks to deforestation. Instead, turn to bodily adornments, with plenty of craftsmen now turning out lovely jewellery. A bit pricier than food, you can expect to pay around 400 Dirhams (around £29) for a real silver ring or necklace. 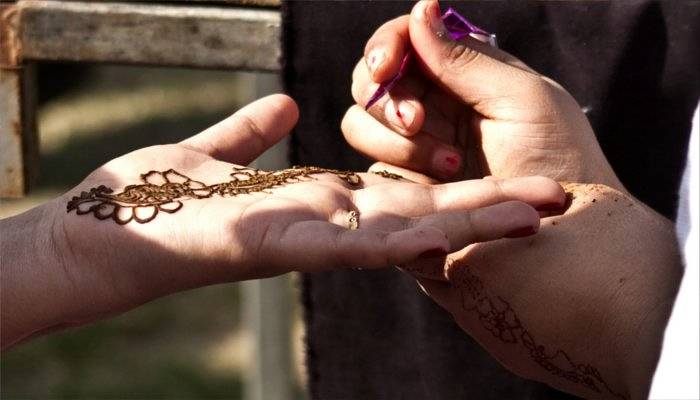 Used traditionally to decorate women’s hands for the marriage ceremony, henna is pretty cheap anywhere you care to stop in Morocco, but for the ultimate experience you’ll want Fez’s henna souk. The cost depends on how much you want done, and how intricate the design, but prices can start as low as 5 Dirhams (about 35p), and they won’t top 50 Dirhams (£3.50), which is practically unheard of! 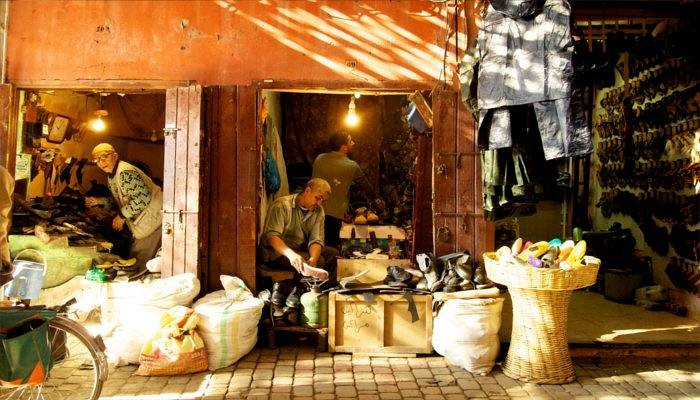 The tanneries in Marrakech are legendary, and not just for their in-your-face stink, but for the fabulous leather they produce too. Heading into the souks you’ll find almost anything you can imagine fashioned out of leather! Sticking to the traditional things, you’ll find prices vary pretty wildly but expect to pay around 60 – 100 Dirhams (£4 – £7) for a small item like a belt and upwards of 200 Dirhams (£15) for bags and larger items. 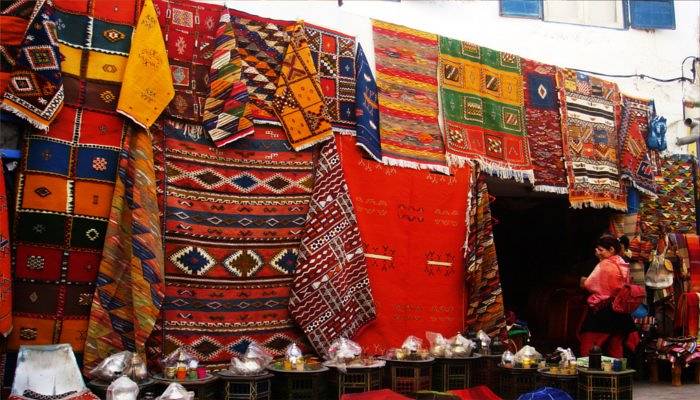 One thing you’ll notice as you travel around Morocco is that almost everyone has the same blankets! They can be used to keep you warm, to sleep under or as a floor covering, and they are for sale everywhere. Prices vary by size, so for a small one you can expect to pay upwards of 100 Dirhams (£7) – the best ones are for sale in the Atlas Mountains where they are usually hand woven by the local Berbers. 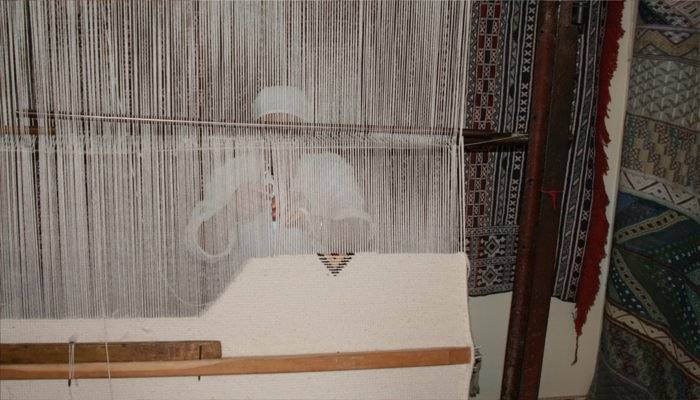 Rabat is the centre of the proper, thick Moroccan carpets, and if you’d rather not haggle over something so large and expensive, then head straight to the price-controlled emporiums instead. Look out for geometric patterns and lovely thick pile – with more intricate designs typically costing more. As a rough guide, expect to pay around 2,500 Dirhams (around £200) and up, so you really need to know what you want before you lay out that sort of cash! 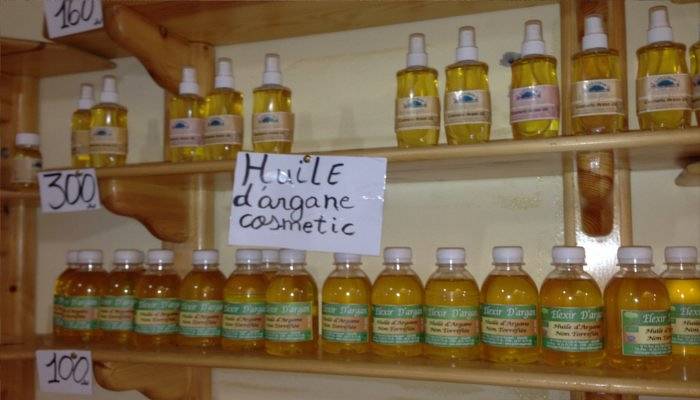 Traditionally produced via a labour-intensive process in the country’s south west, this oil is famed for its moisturising properties for both skin and hair – great in that dry Moroccan climate. Expect to pay prices of around 100 Dirhams (£7) for a small bottle, less if you head into the Atlas Mountains to buy it direct from one of the producers. 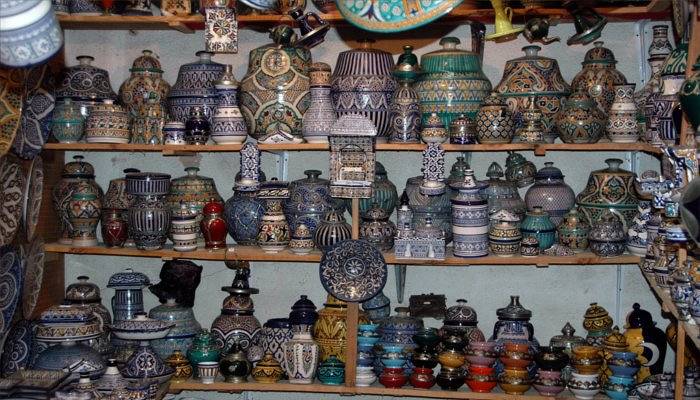 Ok, so you’ll find gorgeous ceramics practically everywhere you turn in a Moroccan souk, but nowhere do they do it on quite the same scale as in Tangier. Head to the Bazar Tindouf and prepare to spend some serious time exploring! You can expect to pay as little as around 5 Dirhams (about 35p) for smaller items and of course upwards from there for larger items.

Want to get to Morocco with as much cash to splash as you can? Use our deals search of course!