The Best Destinations for LGBT+ Travel and Pride

With summer comes a whole host of music festivals, holidays to the beach, and all round good vibes! But most excitingly of all, the sunshine season brings with it Pride events across the globe – beautiful celebrations for the LGBT+ community. Here we will round up the most exciting Pride events around, which also double up as some of the best LGBT-friendly destinations. So, pack your bags and get ready for these colourful celebrations for equality! 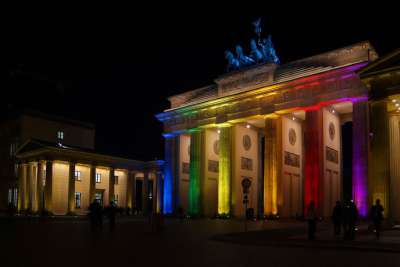 Berlin first dedicated a day to celebrating Gay Pride in 1979, and since then, the city has broadened its political agenda to be inclusive of the entire LGBT+ community and push the fight for equality. The celebration is known by Germans as Christopher Street Day or CSD, in recognition of the Stonewall Riot assaults in New York. The festival encompasses nearly 200 events and parties, including theatre shows, concerts and of course the colourful parade! Rainbow colours flow through the streets and lead to the city’s iconic Brandenburg Gate, where the final rally takes place. 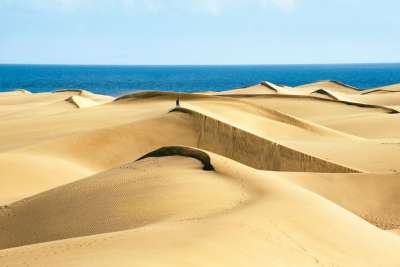 It’s not just cities that have all the fun! The sand dunes of Maspalomas in Gran Canaria are the place to be if you are looking to embrace the love and enjoy sun, sand and sea while you’re at it! The resort is home to many LGBT+ exclusive hotels and ‘Gay Beach’, which does exactly what it says on the tin. It is a clothing optional beach and can be found by walking along the dunes to popular beach bar, Hut 7. Maspalomas hosts an annual pride event for ten days each May. 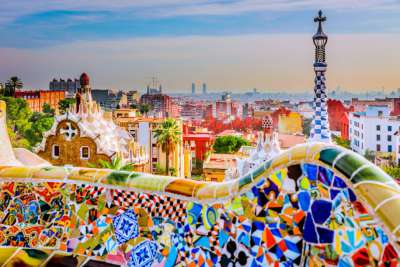 From the mosaic colours of Park Guell to the stained-glass windows of the Sagrada Familia, Barcelona is every bit as colourful as you imagine, and even more so during the annual pride weekend. Taking place each June, the event celebrates diversity and difference, offering a safe space for everyone to enjoy. Popular LGBT-friendly Sitges is also just down the road - a place where the warm Mediterranean Sea meets Catalan culture and gay friendly bars, beaches and banter. 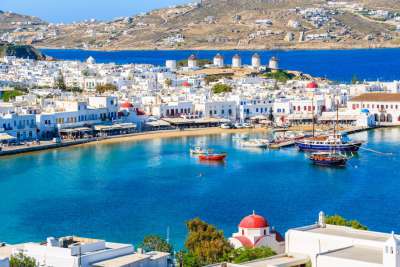 Since the launch of the annual XLSIOR festival in 2009, the Greek island of Mykonos has become a frequented hotspot for LGBT+ travellers. The dance music festival is one of the ‘most exclusive international summer gay festivals in the world’ and is held each August to allow the LGBT+ community to connect through a love of great music, beautiful scenery and good vibes! Not only is Mykonos home to this world class festival, but it also offers a plethora of gay-friendly beach clubs, bars and hotels, including the iconic Jackie O’ Beach Club and Elia Beach. 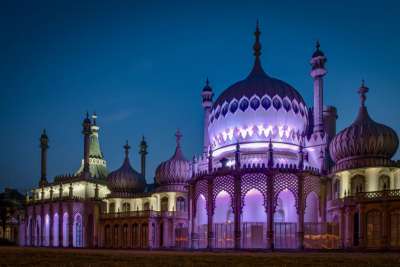 The most easily reachable destination for us dealcheckers, Brighton is widely regarded as the UK’s best Pride festival. And with its stunning location on the seafront, rainbow buildings and vibrant LGBT+ nightlife scene is easy to see why! Brighton Pride takes place during the first weekend of August and offers the annual ‘Carnival of Diversity’, followed by the UK’s biggest Pride music festival attracting headliners such as Britney Spears and Years & Years. There’s even a Pride Dog Show for our most glamorous furry friends! 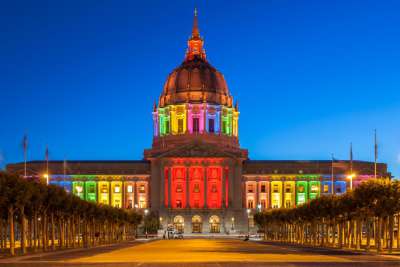 Often referred to as the ‘gay capital of the world’, San Francisco is home to one of the largest LGBT+ communities, due to its prominence in LGBT+ rights activism. Since the discovery of gold in the city during the 19th century San Francisco has been known as a town ‘where anything goes’. And the city certainly doesn’t conform to social conventions - with cyclists riding around the colourful streets in the nude! San Francisco really is a city full of love and acceptance, which is celebrated each June during the massive annual Pride weekend.

Shining like a beacon of light for Pride, the rainbow colours of the buildings lining the canals of Copenhagen represent the Danish capital’s open-minded way of life and acceptance of the LGBT+ community. With the city’s liberal attitudes, it was named the ‘most gay-friendly place on the planet’ by Lonely Planet in 2014 and each year it gets better with gay bars and clubs dotted throughout the city. Copenhagen Pride begins on the 13th of August and celebrations continue throughout the week with a two-mile parade taking place on the last day of this fabulous human rights festival. 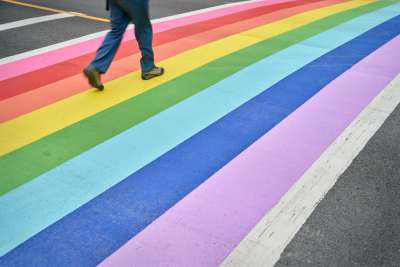 Offering yet another Pride festival in the height of summer, Vancouver celebrates all things LGBT+ during the month of August, with this year’s 40th anniversary taking place on the Sunday the 5th. Vancouver has a lot to celebrate, with its long-standing progressive attitudes towards the LGBT+ community and equality in legislation over the years. This year’s parade invites people to ‘Bring All of You’, a movement that aims to inspire attendees to be true version of themselves in every aspect, and refrain from compartmentalising different parts of their identity. 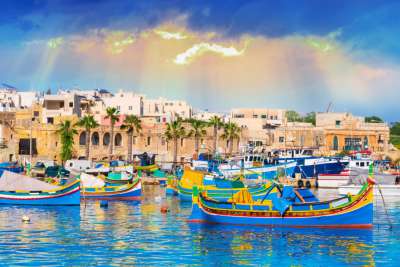 One of only five countries in the world to make LGBT+ rights equal at a constitutional level, Malta ranks first in the European ‘rainbow map’ of equality – making it an increasingly popular destination for LGBT+ travellers. Welcoming and accepting locals are always eager to share Gozo, Comino and Malta with everyone, no matter their sexual orientation or gender identity. This embrace of love and acceptance will be celebrated towards the end of the summer in September during Maltese Pride, a week-long event, in the stunning capital of Valletta! 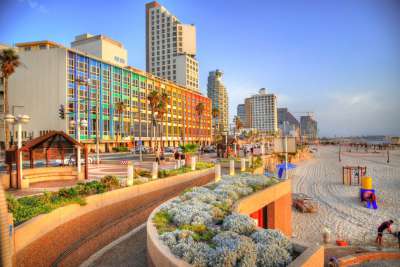 Without a doubt the most open-minded city in the Middle East, in regard to members of the LGBT+ community, Tel Aviv has gained notoriety as one of the world’s top destinations for gay-travel. Over the past decade, the Israeli government has been pushing for social equality, meaning that there has been a surge of LGBT-friendly bars and clubs. Each June, Tel Aviv comes together to celebrate its LGBT+ community with a parade that culminates in one hell of a beach party.