Trawling through celebrity holiday photos is a surefire way to induce some wanderlust. The VIPs on this list could jet off to any destination they like at the drop of a hat, however they all tend to gravitate to the same spots year after year – so much so that many of them have second homes there. You might not be able to splash quite as much cash, but you can certainly enjoy the beautiful beaches and exquisite scenery in these big name destinations.

SiCo’s face has famously changed in recent months, but his love for the Caribbean island of Barbados never seems to wane. It’s well-known that he likes to swap his trademark trousers for swimming trunks and visit his Bajan home around Christmas each year. He’s been snapped jet-skiing across the shimmering ocean with his son Eric, and pictured playing with a monkey on the beach. He’s not the only star that thinks Barbs has got talent, though: the Rooneys and Rihanna are also fans. Head to Sandy Lane or The Cliff to rub shoulders with the bigwigs. 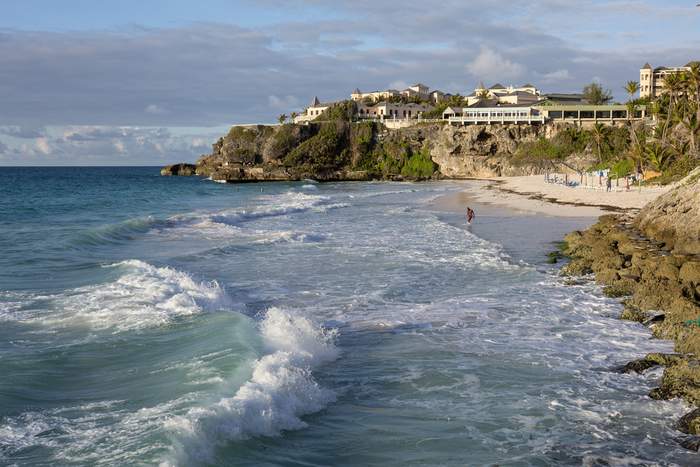 Amal and George Clooney have a soft spot for Italy – they made their marriage vows at the magnificent Aman Hotel in Venice in 2014, and George has spent his summers in the Lombardy region since the early 2000s. The couple regularly retreat to their palatial 18th-century property, Villa Oleandra, on the verdant banks of Lake Como, where the alpine scenery is breathtaking from dusk till dawn. An Oscars-worthy array of A-listers has been through the doors: George shot an Ocean’s Twelve scene on the premises, and Emily Blunt and John Krasinski tied the knot in the grounds!

When Jackie O arrived in sun-bleached Mykonos in the 1960s, she catapulted the unassuming, whitewashed island – which must have seemed like a droplet of heaven – into the limelight. Crowds flock to its icing sugar beaches during the summer, and only the very lucky tend to get a table in its swanky clubs. Actor and eco-warrior Leonardo DiCaprio is, of course, a fan of the Cyclades’ most notorious member, and was recently spotted cruising around its coastline on a gleaming superyacht with his girlfriend Camila Morrone and fellow actor Sean Penn. A floating mansion is certainly one way to avoid the crowds – catch him if you can!

Upon Mont Boron, which juts out from the French Riviera and offers fabulous views of the illustrious coastline, a pastel lemon palace is perched. Built in the 1920s, this summer house has certainly seen some roaring parties, especially since it was bought by the Rocket Man himself, Elton John, in the late 1990s. The ornate exterior, with its elegant oblong swimming pool and lush gardens, contrasts with a minimalist interior that apparently features pop art by the likes of Andy Warhol and Roy Lichtenstein. Some of John’s most recent guests include Prince Harry and Meghan Markle, who caused controversy by travelling to the Côte d’Azur in a private jet.

The hedonistic White Isle has long been a hit with the glitterati. Among its famous fans is Paris Hilton, who landed a DJ residency at one of the biggest Balearic clubs, Amnesia, for five consecutive seasons. The reality star and ‘it’ girl claims that Ibiza is her favourite place in the world – and who can blame her? The floury sand and warm turquoise sea has attracted many more celebs to its shores: Shakira has a holiday home there, Cristiano Ronaldo has been spotted cruising nearby on his yacht, and Craig David hosts his TS5 pool party at the Ibiza Rocks Hotel. Oh, and best of all – it’s hot.

The most famous face on this list has to be the one that’s on the money. The Queen (probably) has the power to pluck any of the above from their posh pads, however she prefers to spend her downtime at Balmoral Castle in the picturesque Cairngorms National Park. The Royal Family aren’t the only ones with titles to realise Scotland’s riches: Lady Gaga allegedly said that the city of Stirling ‘feels like home’, and the members-only Skibo Castle near Inverness has been a welcome retreat for those in the spotlight for years – the Queen of Pop, Madonna, married Guy Ritchie there!

When Marianne isn't writing about all the wonderful places you can visit through dealchecker, she enjoys exploring London, visiting scenic spots within the UK and adventuring further afield whenever possible!